Super Luchas is the online channel of the Super Fights Magazine and its objective is the monitoring of the world of wrestling and combat sports worldwide. Its contents include news, discussion, opinions, interviews and analysis.

Superluchas Magazine, re-founded by Ernesto Ocampo in 2002, is one of the most renowned wrestling publications in the world because it has international news coverage. The online channel Superluchas.com It was launched in June 2007 and has collaborators in 12 countries, with a range of more than 7 million page views per month. The Superluchas community includes more than 100,000 followers and friends in Twitter, Facebook, Google Plus, Tumblr, Instagram and other social channels 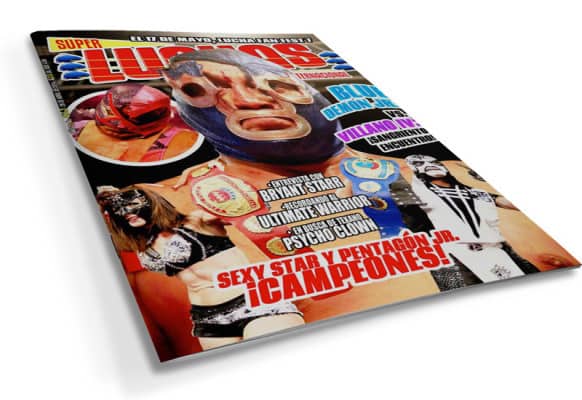 With the technological collaboration of Kol.mx

Super Luchas is proud to be the largest community in Spanish of fans of wrestling and MMA, this is due to the constant collaboration of all who are part. If you have any input, a photo, a video, or a tip, just send it to [Email protected], but if you want to be an official part of the Staff, We suggest you review this information.

If you want to know our policies, you can do it here