Something moves in Spain regarding wrestling. During the last years, The growth of promotions based in the two main cities, Madrid and Barcelona, ​​continues unstoppable. The Triple W or Revolution Championship Wrestling have been able to attract a good following and have circuit names such as Ricochet, Santana Garrett, BT Gunn or Kay Lee Ray. But the most important thing is that finally, this country already has settled schools where any talent can develop their skills.

And one of those that little by little makes a dent in the panorama is that of Seville Wrestling, based in the city of the same name, and which together with South Championship Wrestling (located in Cádiz) represent the only ones in the region of Andalusia. Although they have been waging war since 2014, this year is the one of his takeoff, with two great shows (Smash Bang and Final Round) held at the San Pablo Civic Center, whose good reception led to the programming of a third party: Teams Supremacy.

A server could talk to Jaylen Ryan, founding member and young star of the cast, with an important background since he first climbed a string in 2012. Ryan has fought for various promotions around Spain: NTWE and Revolution Championship Wrestling, CIL (in Girona, now extinct), or Solowrestling (also in the Catalan capital). This is how he told me about the beginnings of Sevilla Wrestling:

"Sevilla Wrestling arises with the aim of bringing wrestling to Andalusia, to bring it closer to an audience that does not usually have the opportunity to experience this type of show live. Most of the Andalusians have not known the "pressing catch" (a term with which wrestling is popularly called here) beyond what they have seen on television. In public channels, the only offer offered is WWE, but the constant changes of schedules and chain do not help to retain new viewers.

"At the time we started this project, about ten years ago, there was no luchistic tradition in Andalusia, not at least since the golden age of wrestling in the 80s. Therefore, the first contact that the founders had was through WWE, thanks to the fact that in the middle of the last decade the Smackdown and Raw shows were added to the programming of a well-known public network. This very different way of telling stories caught our attention, and separately we tried without much success to create something similar to Seville Wrestling.

"A few years later, In the summer of 2012, we met when we met at an NTWE event in Cádiz. From that moment on we started to train as fighters, participating in different shows and attending seminars of veteran fighters: Hannibal Badger, Axel Salazar, Fugo Fugo Yumeji, Silver Cage. Finally, In mid-2014, Sevilla Wrestling was founded, enabling a room for training in the San Pablo civic center".

Then Ryan confesses to me having encountered many obstacles when it comes to carrying out the Seville Wrestling project with the rest of the founders. Impediments not only from outside the world, but also from within.

"We have had to overcome various obstacles for Sevilla Wrestling to become a reality. The first one was cultural, since in Andalusia, ignorance about this discipline generates a great deal of prejudice., which usually prevent it from being taken seriously. This led to us having many problems when it came to finding a place to train, since most public centers doubted the activity or interest that it might arouse.

"Another impediment was our resources. When we started this project we were very young, many of us had not yet reached the age of majority, so we did not have the means to invest in what was necessary to professionalize our condition (a room prepared to train safely, materials, a coach).

"Finally, the competitiveness of the medium. Wrestling is a fusion between sport and entertainment, with all that it entails. Although the sports world is very competitive, the entertainment world is not far behind, and may become even more so. Egos and lack of honesty have been another recurring obstacle in our path. It is not easy to obtain an economic benefit of wrestling in Spain, so many promoters choose to take advantage of the illusion and lack of options for young and inexperienced fighters to get money. Although not everyone in the world is like thatIn fact, if it were not for the fact that certain people decided to give us an opportunity, we would never have acquired the experience to create our association. "

On whether he believes that one day in Spain wrestling could reach the relevance of other European circuits Like the British or the German, Ryan is optimistic.

"Can be. Our most veteran colleagues are doing an excellent job expanding the offer in our country, and opening many doors, Collaborating with independent companies and fighters from around the world. We are currently at a time when it seems that the struggle is experiencing a new boom, so it is not so far-fetched to think that it will eventually acquire in Spain the weight it has on other European circuits. However, I consider that for this to happen, the concept would have to be adapted to the Spanish public, instead of offering one so influenced by the Yankee show".

Finally, the fighter traces what is the next objective of Sevilla Wrestling.

"The public that attends a wrestling show in Andalusia is a non-specialized audience. This makes fighting in Seville very different from doing it, for example, in Barcelona. The viewer there is usually more accustomed to the fight and manages a certain culture of the environment, knowing songs, references, expressions. However, this should not be a limitation for this discipline to take root in Andalusia. Who attends a function is as part of it as the fighter himself. The reaction of a person who does not know the environment and is not limited to acting as he should —clapping or singing when it's set to do it— It is genuine, and generates a unique atmosphere.

"That is our next objective as a quality leap: take advantage of the particularity of the place where we are and the public that accompanies us to create a unique, different product. Sevilla Wrestling is a non-profit association, since our future projection is not so focused on growing as an association or as a company. Our goal is to uncheck, distinguish ourselves and create a style more adapted to the attendees of our shows. This does not imply that we are not open to collaborating with other Spanish companies; Any help and influence that allows us to improve in scope and quality is welcome. There is still a long way to go and work, but we will continue fighting to contribute to enriching the fight offer in Spain. " 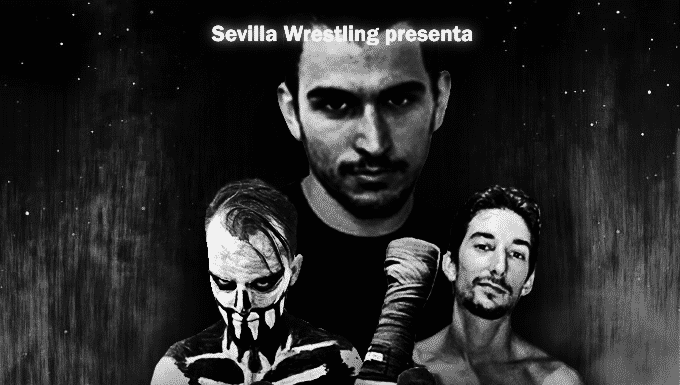 * Update - After its postponement due to rain, the Teams Supremacy show will take place on February 2, with no changes in venue and time: Centro Cívico San Pablo, 17:00