Drew McIntyre: "Heath Slater was a little against going back to Raw"

Last April 15 WWE fired Heath Slater, along with a large handful of fighters; however we saw a surprise appearance of this in the last episode of Monday Night Raw.

The former member of The Nexus o 3MB came onto the scene thanks to Dolph ziggler, who hoped to emotionally attack Drew McIntyre. The WWE Champion defeated the redhead in a heads-up, but then the Scotsman had to defend him when Ziggler attacked Slater. Minutes later, Heath Slater said goodbye to the WWE Universe with emotional words.

► Heath Slater, contrary to his return to Raw

In a recent interview with TalkSPORT, Drew McIntyre admitted that he played an important role in bringing Heath Slater back to WWE for one night; However, Slater was "a little against it." The Scotsman said that his old partner 3MB mentally moved out of WWE, although he stressed that it was good for Slater to return for a segment.

"The moment at the end was very special and I was pushing hard for that idea to happen".

"I think I saw something on the internet that said I was behind this and I'm thinking, how are they getting this information ?! But yeah, I played a big role in making it possible and, to be honest, Heath was a bit against and I spoke to my wife just before the phone call I made to Heath to try to convince him to come on the show for the segment. "

“She reminded me of how I felt at the time I was fired and, indeed, he felt the same. She appreciated the opportunity with WWE, as that was where she had made her name,. but mentally it has advanced".

"You are ready for the next stage and you are not sure to go backYes, so I made it clear to him, 'Trust me, this won't be like anything you've already done.' "

"The first thing I did outside of WWE was go to ICW where I showed my real personality and it caused quite a stir and went viral underground, but if you get a chance to show your real personality on Raw that will put you on the right track."

"I know he has been working hard, so people will be able to see what he looks like now and our story also progresses: everyone wins".

"We finally got it and put it on the show, he left absolutely everything, as he knew he would". 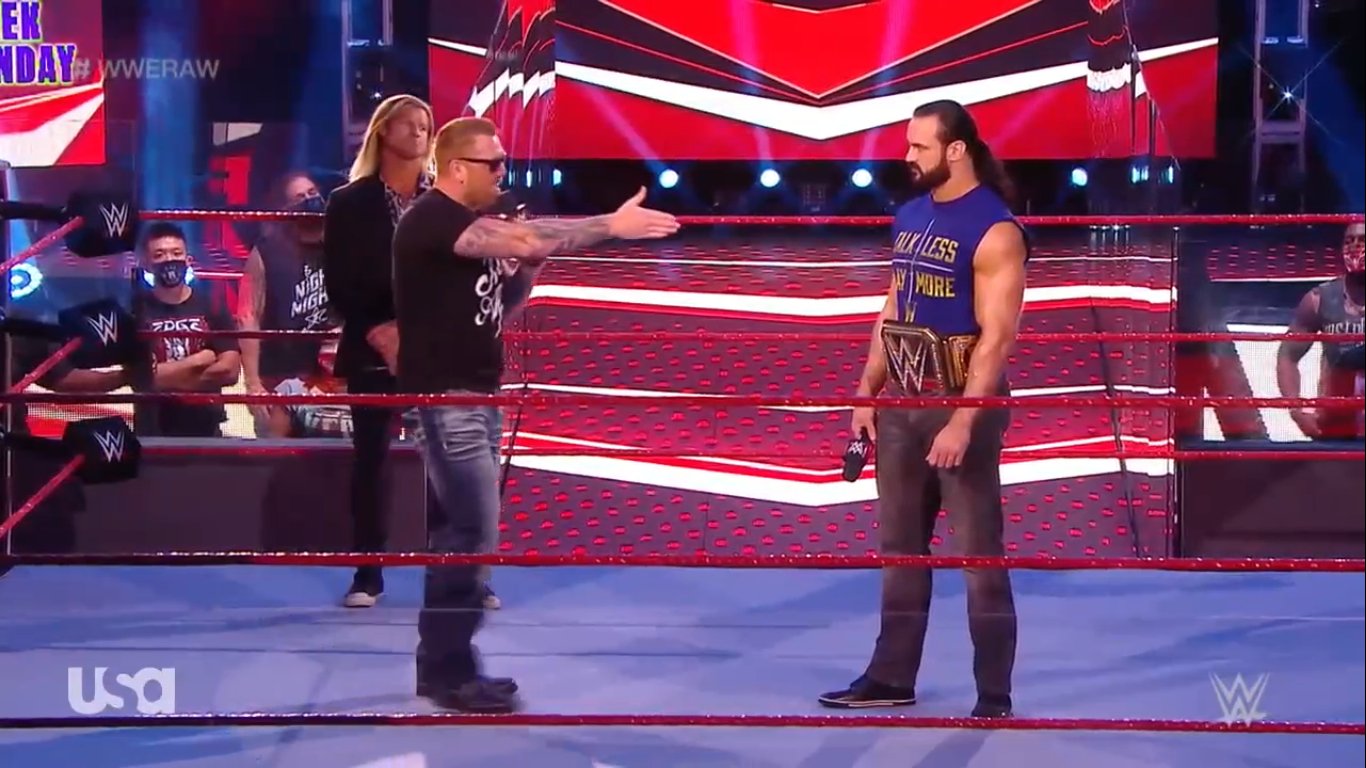 Heath Slater declared that it was like closing a chapter, where like McIntyre, he could one day return and thus fulfill the prophecy that all three 3MB members have left WWE only to return and earn the company's biggest title. Booker T even believes WWE should rehire Slater.