The series continues "DDT TV Show 8"which transmits DDT behind closed doors, through his platform Wrestle universe. This time with two starting duels.

At the start of the performance, a brief press conference was held confirming Jun Akiyama's temporary transfer from AJPW to DDT. In the announcement was Akiyama himself, Sanshiro Takagi and AJPW President Tsuyoki Fukuda. Akiyama's DDT tenure officially begins on July 1 and looks like it will be for the remainder of the year. 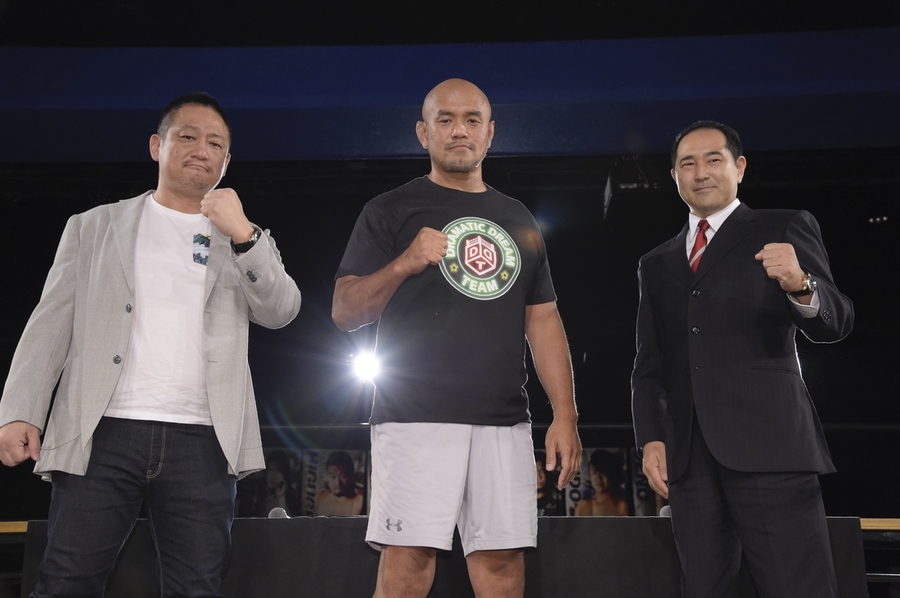 Seigo Tachibana now joins the rare list of fighters who make HARASHIMA angry in the course of a fight. His wicked tricks irritated HARASHIMA to the point where Matsui had to stop him. HARASHIMA won with Somato, but called Danshoku Dino to ask why he wants Tachibana on DDT. 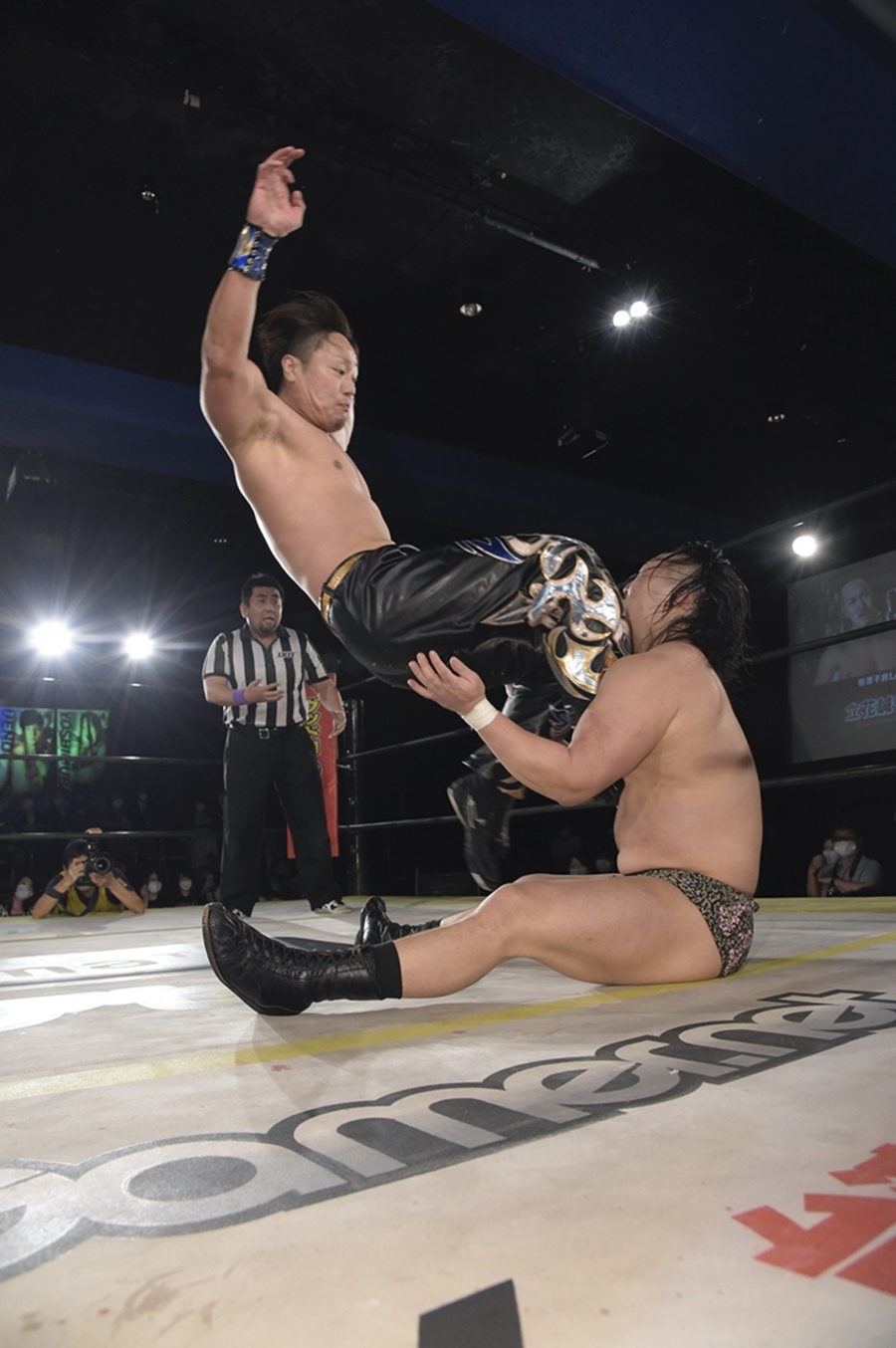 The trio of Antonio Honda, Hiroshi Yamato and Yukio Naya had a special attack for Eruption (Kazusada Higuchi, Yukio Sakaguchi and Saki Akai), but this was not effective and they ended up losing to the thirds champions. 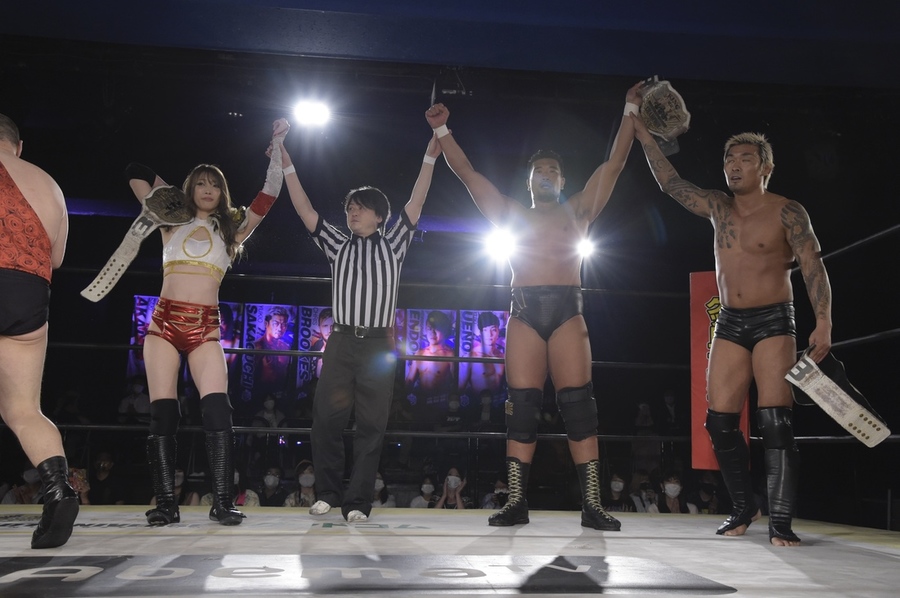 Still, Antonio Honda challenged Eruption to a starting battle and introduced his teammates: Riho and HARASHIMA. The fight will take place on July 23.

ALL OUT (Konosuke Takeshita, Shunma Katsumata and Yuki Iino) gave their first setback to Jun Akiyama's team (Jun Akiyama, Makoto Oishi and Hideki Okatani). Takeshita stated that to be a great fighter you must beat another fighter with the same characteristics, so he will insist on confronting Akiyama.

Nautilus (Yuki Ueno and Naomi Yoshimura) were confirmed in possession of the KO-D Tag Team Championship by defeating DAMNATION (Tetsuya Endo and Nobuhiro Shimatani), in their third defense.

Ueno was tasked to subdue Endo, which means he should get a fight for the KO-D Openweight Championship. Endo received a microphone but refused to answer. Imabayashi agreed to book the main title match at Korakuen Hall on July 23. Endo accepted and told Ueno that he would embarrass him. 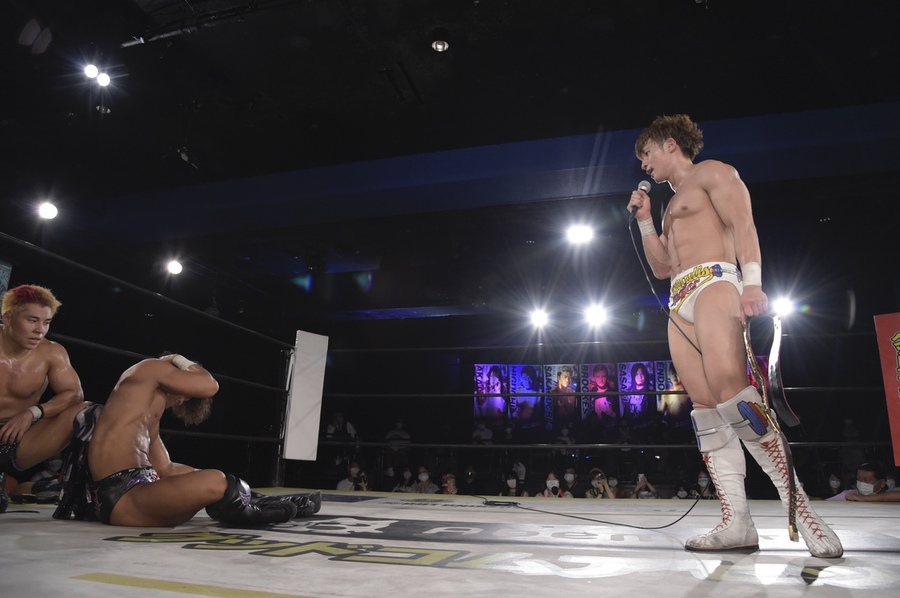 After much insistence, Chris Brookes regained the Universal DDT Championship, this happened in the stellar battle where he faced Daisuke Sasaki. The leader of DAMNATION used all his tricks to avoid losing his belt, distracted the referee, hit Brookes with a crutch (Masahiro Takanashi's?), But Brookes knew how to counter all these situations and at the key moment, his great Stature allowed him to get rid of a Mistica Crossface Lock and carry his staunch rival on his back.

In this way, Chris Brookes becomes the third monarch in the brief history of this belt, causing Sasaki to fall in his fifth defense. Following the fight, President Hisaya Imabayashi designated Brookes' first challenger to be Maku Donaruto. Despite Brookes' denial, the fight will take place on July 3.