Dramatic Dream Team (DDT) presented "DDT TV Show! # 7", one more episode of his closed-door events but now in the Shinjuku FACE, where two titles were disputed.

Before the fighting started, it was announced that the annual series of Beer Garden It will take place this year on a reduced schedule, from July 30 to August 1.

With the participation of seven fighters, the Iron Man Heavy Metal Championship was put into play. Danshoku Dino came with the belt, but a small rule change was announced. The belt would be awarded to the winner of the match; so when Dino was eliminated midway through the fight by MAO and Shunma Katsumata, it did not count as a title change. The last fighter left in the ring was Antonio Honda, who proclaimed himself new monarch. 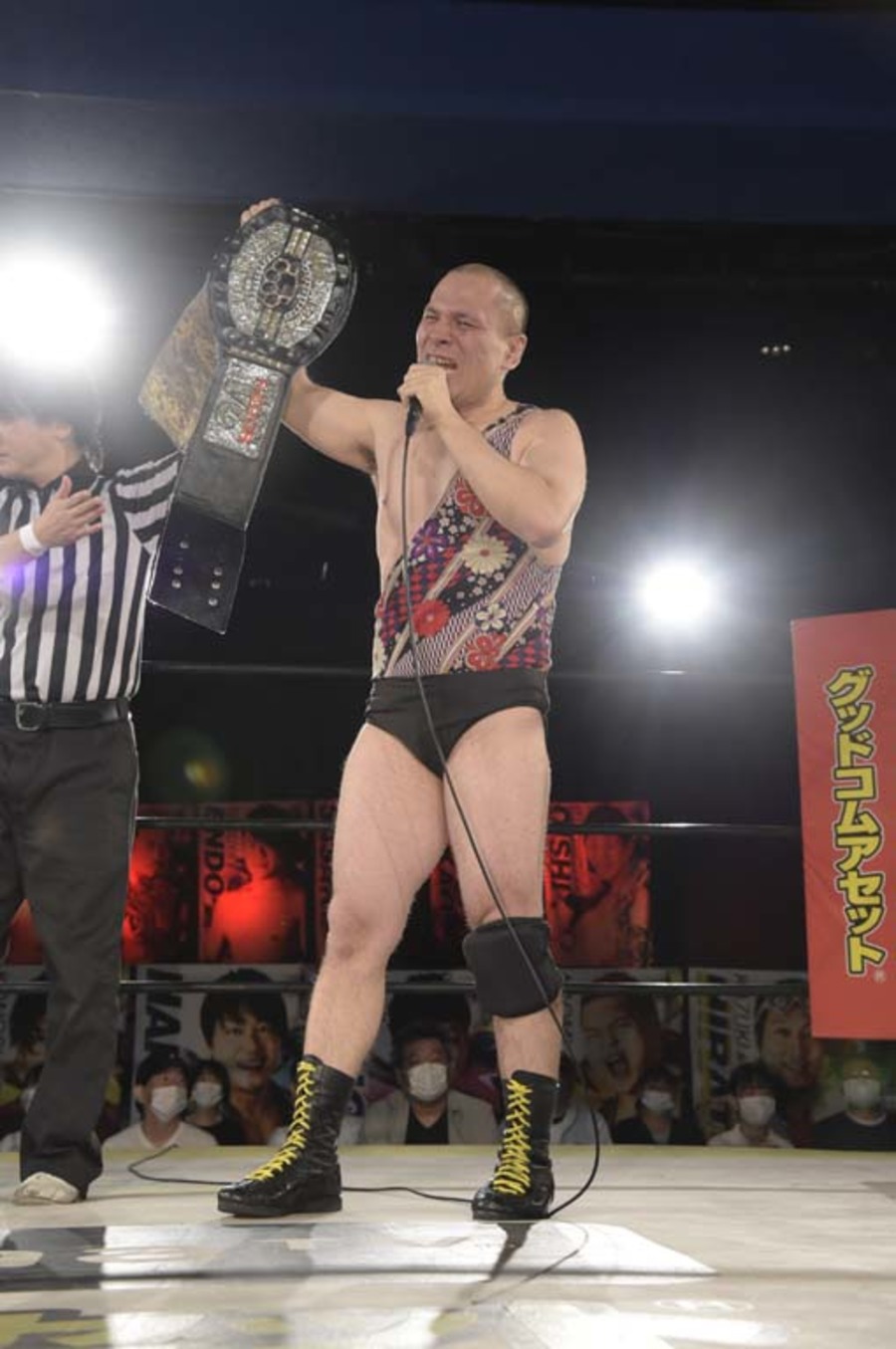 Suddenly, Danshoku Dino quietly returned to the ring and positioned himself behind Honda, to take him to the touch of his back and regain the title. 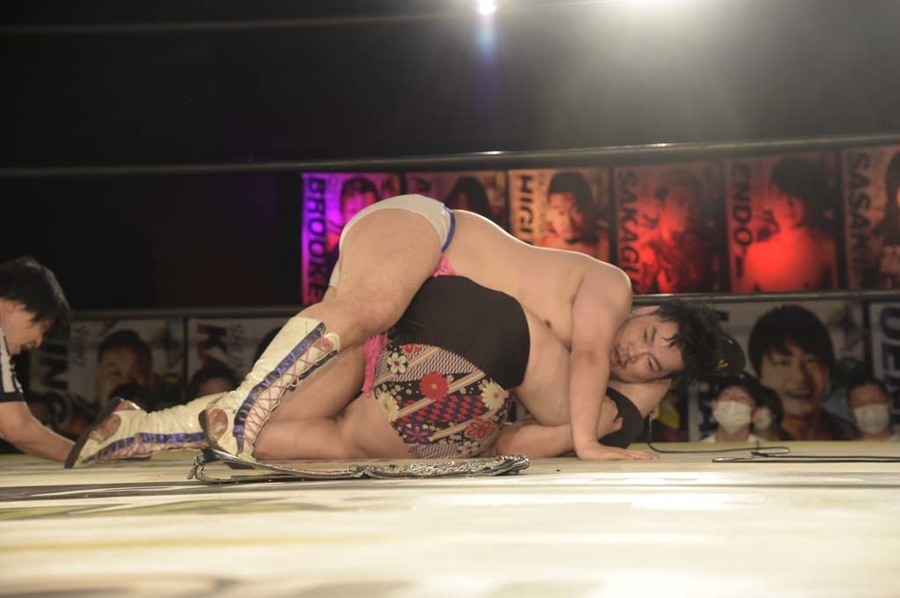 In a duel of thirds, Disaster Box (Toru Owashi, Naomi Yoshimura and Kazuki Hirata) and All Out (Konosuke Takeshita, Akito and Yuki Iino) faced each other. It was Hirata's first appearance at an event in the DDT TV Show series, although her support was not definitive and fell to Iino. 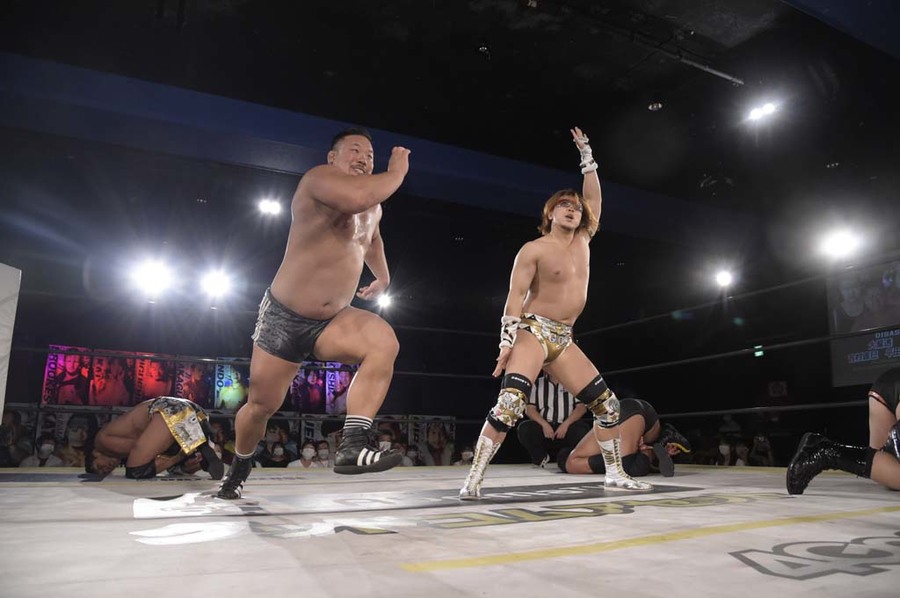 A special heads-up ensued between Yuki Ueno and Mad Paulie, but when the former was about to take the duel, Nobuhiro Shimatani stepped in and stopped him as Ueno threw a chair and hit the referee.

Makoto Oishi achieved his goal of a fight against Jun Akiyama. Mizuki Watase was at Akiyama's corner. The latter did not take long to prevail. After the fight, Akiyama and Oishi were going to shake hands when All Out entered the ring. Konosuke Takeshita challenged Akiyama to a thirds fight. The veteran fighter accepted the challenge and said he will have the support of Oishi and Watase. 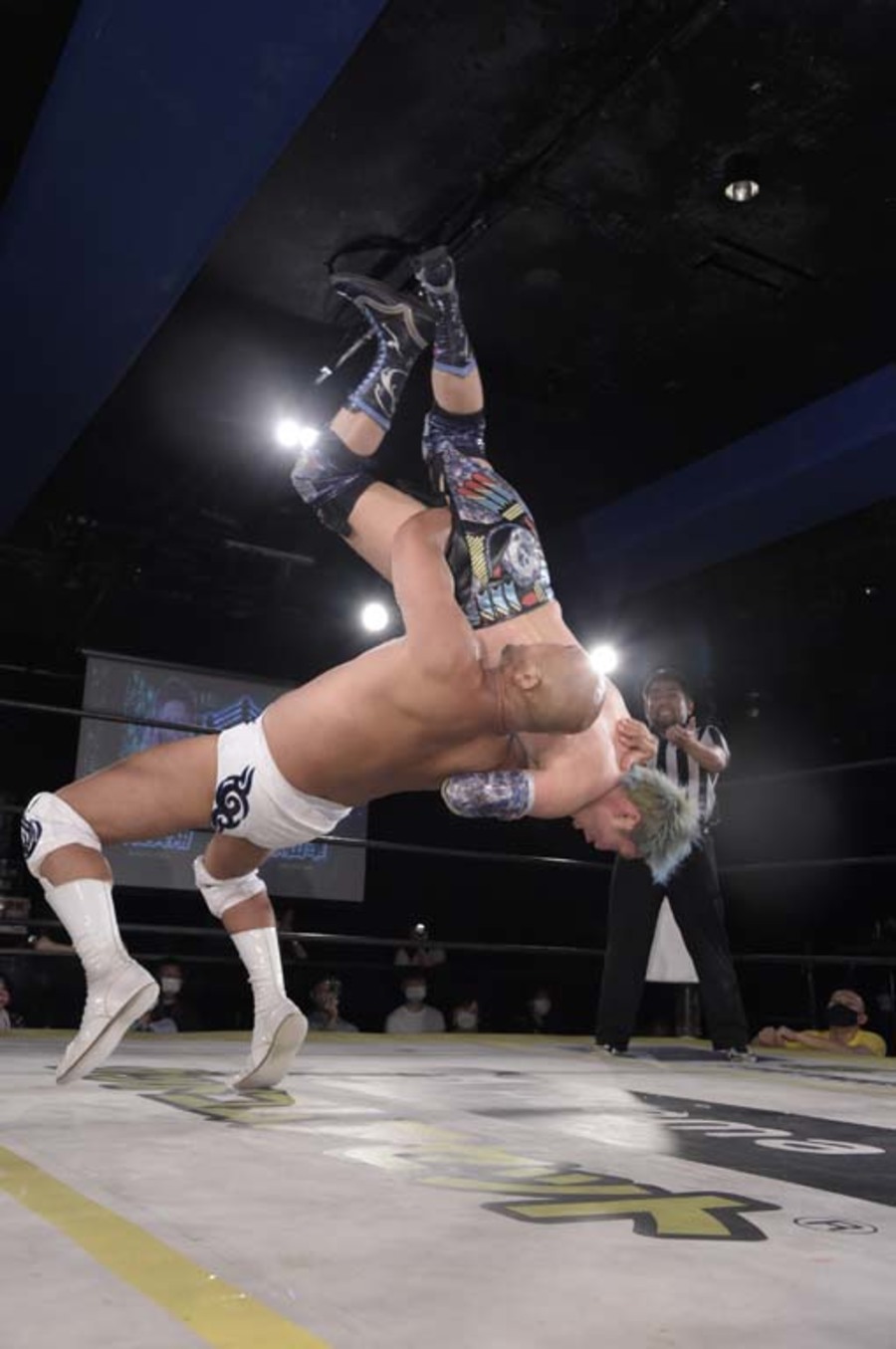 For the first time HARASHIMA and Chris Brookes joined, who battled against DAMNATION (Daisuke Sasaki and Soma Takao). From the start of the fight, Sasaki went over Brookes. This match was the prelude to the fight of the Universal DDT Championship and DAMNATION took the win and Sasaki made fun of Brookes. 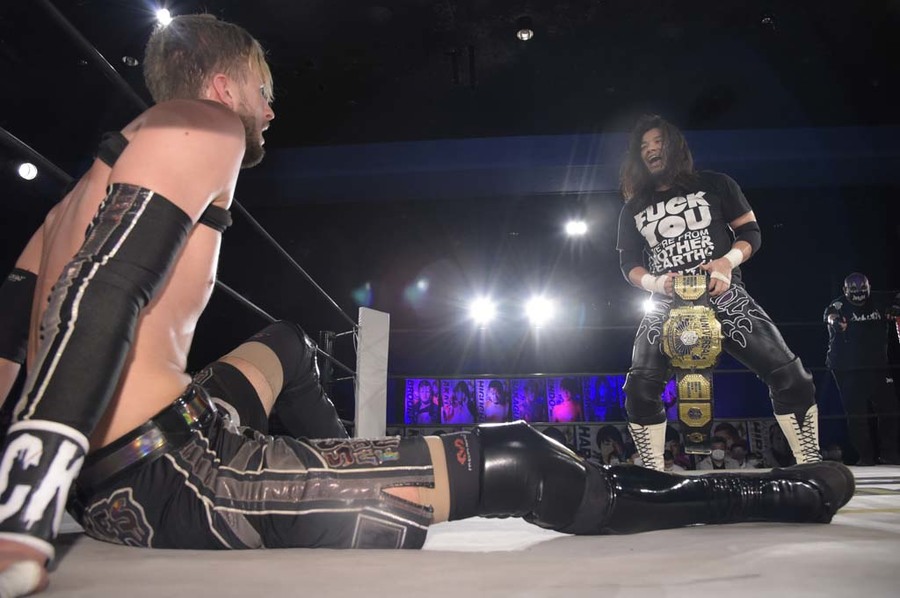 In the stellar turn, the #DAMNHEARTS society (Tetsuya Endo, T-Hawk and El Lindaman) presented for the third time the Championship of Tercias KO-D, before Eruption (Kazusada Higuchi, Yukio Sakaguchi and Saki Akai). The Lindaman tried to take advantage of Saki Akai, but the strong man Higuchi supported her and she came out well. In the end, Higuchi took over Endo and T-Hawk, while Sakaguchi punished Lindaman and Higuchi himself brought him to the back. Thus Eruption new monarchs were proclaimed. 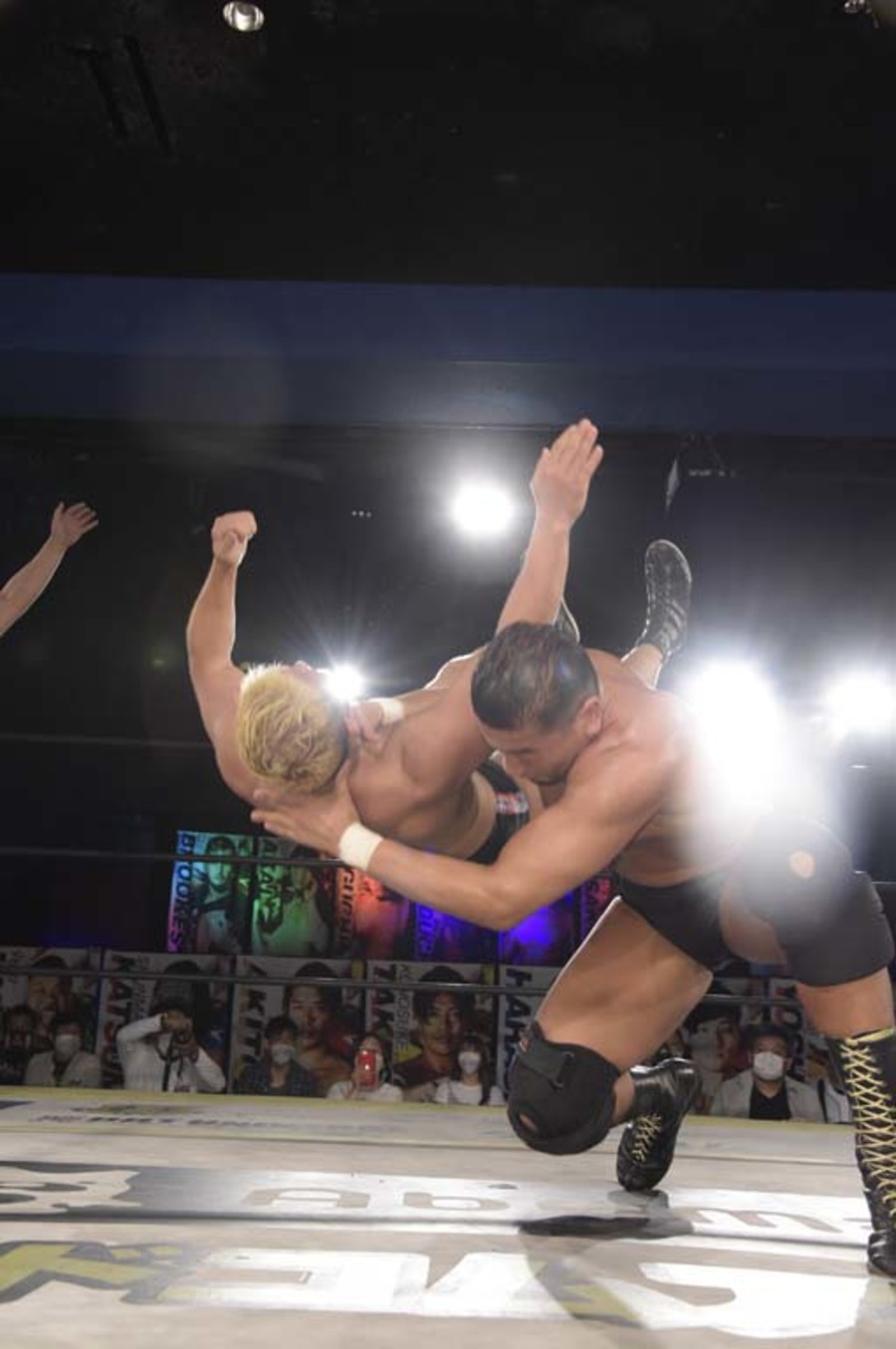 Eruption was celebrating their victory when Hisaya Imabayashi informed them of their first defense. It will be at Korakuen Hall on July 23 against a team to be determined. He also said that Akai will have a final opponent in the Okibariyasu series; it's about Meiko Satomura. Akai vs. Satomura will be the main event on July 3.

3. DISASTER BOX vs. ALL OUT !: Konosuke Takeshita, Akito, and Yuki Iino defeated Toru Owashi, Naomi Yoshimura, and Kazuki Hirata (10:57) with a Spear from Iino over Hirata.

4. Yuki Ueno vs. Mad Paulie - Finished without decision (9:05), when Nobuhiro Shimatani stepped in.

PrevBrian Ortega criticizes Korean zombie for not signing the contract: "Stop stagnating"
Stardom: "Stardom is Again" The return to activityNext