This is tremendous. The company Wrestling Aliance Revolution (WAR) is already preparing the largest event in its entire history, "Super Legends of the Ring", which will feature the presence of legendary fighters and ex.WWE. This November 23 La Bombonerita de Quito will witness this great in South American wrestling.

The district of San Martín de Porres witnessed the start of the Peruvian wrestling company, NOX PERU (New Xtrema Order)with the event "Santa Rosa de Lima Fest". The fighters like The Grampa King, Black Force, Kraken Time and Rhino They made the audience vibrate with every extreme movement they made in the ring. Destroyed fluorescents, watered tacks and a ladder inside the ring, were also part of this show that left the audience delighted.

The Peruvian fighter Emperor, from the company LWA Peru, who is now in Japan, commented on his twitter account the great reception he gave Pro Wreslting NOAH in the event "VOYAGE FOR COLOSSEUM".

The event organized by LWA Peru was developed every year, Break Point 2013, where there were many emotions and news that surprised the entire audience. In addition the first challenger was met to the maximum title of Lwa. 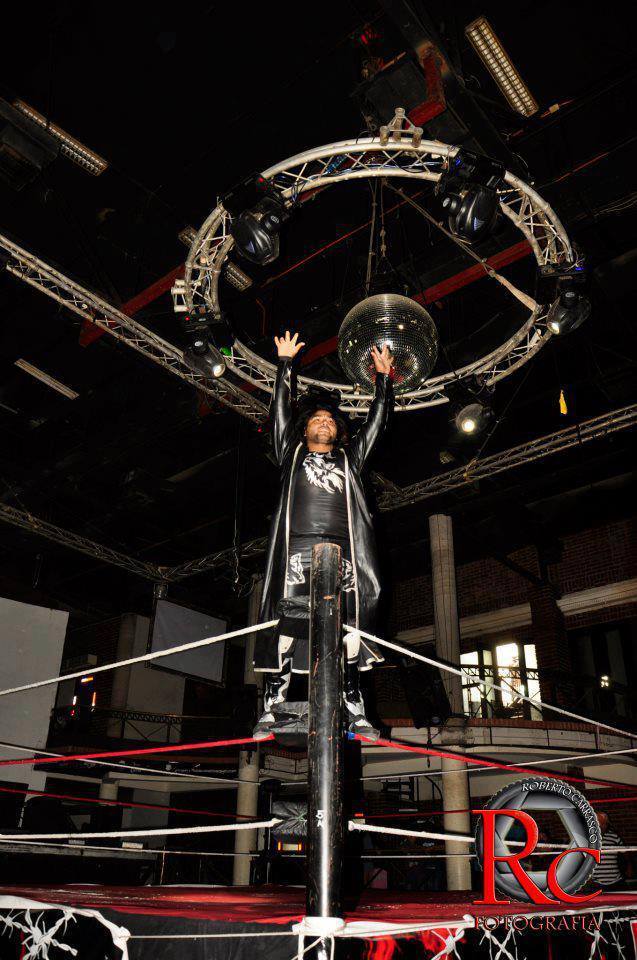 Lucian will return to Arica to show his talent in the ring. // Image: Rc Photography After being confirmed at the event ARIKAOS from the Chilean company Arica Lucha Libre, Lucian, who is part of NOX Peru (Nueva Orden Xtrema), will be facing Kiltro in a match of 2 to 3 falls.