In the recent Monday Night Raw, the friendly rivalry between The Street Profits y The Viking Raiders It came to an end, which ended — as a novelty — with a fight and left a great sense of sportsmanship and respect between both teams; however, almost immediately, Andrade y Angel Garza they made their position to go after gold very clear, in what he paints for an interesting rivalry between both teams. 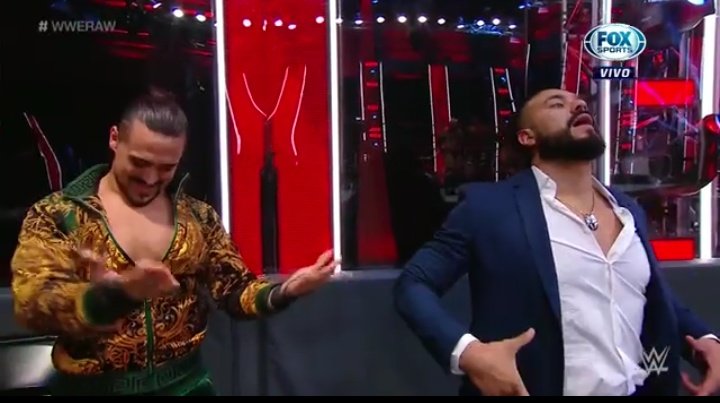 ► Ángel Garza wants to face Dominik in a betting fight

Even though Andrade and Ángel Garza are now apparently on the same page, a few weeks ago it would seem that the situation was not like that among those protected by Zelina Vega, since they were on the verge of going away to the blows as a result of their recent defeats. Vega herself who called to remain calm between the two and apparently has turned out.

Garza, in a recent question and answer session he made in your Twitter account yesterday sunday took the time to answer some fan concerns, where he mentioned a bit of everything.

One of the interesting topics that came up was when a fan raised the idea of ​​facing Mistery King in a mask fight against hair. Garza responded with what, according to him, would be a better idea, posing a hair vs hair fight against her son Dominik Mysterio, who has not yet debuted in a WWE ring.

Dominik is currently, along with his father, engaged in a rivalry against Seth Rollins and his disciples Murphy and Aleister Black, so a hair-to-hair fight between Angel Garza vs Dominik Mysterio doesn't seem very feasible at the moment; However, the idea is not crazy in the future, if Vince McMahon so determines, whereas this may have a long-term plan for Garza.

Before going to WWE, Ángel Garza has participated in several betting fights in Mexico, putting his hair at stake. The last one was in 2018, when he lost to Bestia 666 in The Crash VII, held in Tijuana.